Ranking of food for longevity

Classification of food depending on quantities of antioxidants and their qualities against aging.

To each is given the name of the most efficient antioxidants.

We evaluate the antioxydant power of food in ORAC (Oxygen Radical Absorbance Capacity) per 100g. TEAC (Trolox equivalent antioxidant activity) may also be used, but in this article we will build on the ORAC for comparisons. 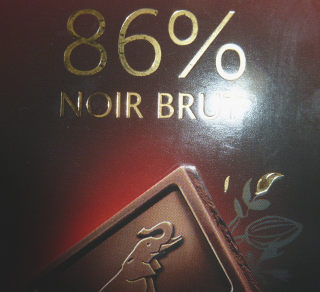 This cherry from America (North and South) contains a tremendous amount of vitamin C, around 1500 mg per 100 g, compared to a hundred for the kiwi and 50 for orange. Flavonoids and anthocyanins complement its antioxidant qualities. It is hard to get the fruit out of his home region, but it can be imported in the form of juice.

This berry grows in China where it is renowned for its many nutritional qualities. This amazing fruit contains amino acids, minerals and many vitamins. It is credited for medical virtues, it would lower cholesterol and may be included as a part of a detox program. This is an excellent food against aging provided it is quality and not full of pesticides which is often the case in imported dried products.

There are often ads for the acai berry. Furthermore it is not necessary to add such food to reach the recommended daily ORAC which is 4000 for a sedentary life. Fraudulent pharmacies are often among offers on the Internet so it is best not to pay attention.

Or more specifically cocoa as chocolate contains lots of sugar and possibly milk that neutralizes the antioxidants. You need to consume dark chocolate over 70% to enjoy the benefits of cocoa without the drawbacks of sugar. It has no more antioxidants than the prune but contains many other nutrients, like magnesium, beneficial to longevity.
It has three times more antioxydants than green tea. Raw cocoa reach to a ORAC of 28,000. Milk chocolate around 6000 but some scientist do not agree on this figure because the milk can cancel the antioxidant effects.

Although it contains many antioxidants, catechin, tannins, its weight is negligible compared to that of a fruit, so you have to drink enough cups to obtain an effect. Catechin is a powerful antioxidant that is not found in black tea, although it also contains tannins (polyphenols).

Just four cups of green tea a day is enough to reach the recommended ORAC intake (with no sport or manual work).

It contains a quantity of tannins and many molecules with more or less desirable effects. It is estimated to be good against Alzheimer's disease.

It's the European fruit that contains the most antioxidants. It has an effect against osteoporosis, and is a good food against aging. As the potatoes it contains lots of potassium, which has the capacity to absorb the salt.

It is talked a lot of pomegranate fruit as anti-aging. It helps that, but not more than other products in this list.

It contains many antioxidants, anthocyanins, phenols, vitamin C. Red wine retains phenols but one should not overestimate the benefits as they are outweighed by the disadvantages of alcohol. Studies show however that it is good for the arteries, in moderate amounts.

It has a positive effect on vision and memory.

Anthocyanins give the red color and are antioxidants, like vitamins C and E it contains in quantity. They have various health benefits including anti-aging property.

A study showed that daily consumption of garlic has a definite effect against cancer. It is part of the Polymeal ingredients, a recipe for anti-aging.

Contains lots of vitamin C for a vegetable. More than tomato, that is actually a fruit in botanical terms. It is anti-inflammatory, which contributes to longevity.

Rich in vitamin C, A, it has anti-aging virtue and is also recommended for brain health.

It helps to fluidize the blood, like aspirin and is therefore beneficial for the brain that is better vascularized.

Contains polyphenol, ellagic acid, vitamin C, all antioxidants. It is close to the strawberry and has an effect against cancer.

They fight cancer with different compounds, and also poisoning.

Luteolin in it helps develop memory. But it also fights cancer by destroying cancer cells.

Contains anthocyanins that give its red color and other antioxidants such as vitamin C and E. They have various health benefits including its anti-aging property.

It contains more vitamin C than any other common fruit, but this is not the most potent antioxidant.

What foods are they essential against aging?

The richest food are exotic fruits that are hardly available and actually useless. We will retain only those available in the shelves and they will do well for a good nutrition...

They complement and reinforce each other. All fruits and vegetables should be consumed when in season.

Reference: Tufts University in Boston. r. Guoha Dr. Cao has developed in 1994 a method for evaluating the antioxidant power of foods. ORAC to measure the quantity and then study the effects on humans and animals.