This danger is an invisible threat that progresses with age but which is not announced ever. What is the relationship between diet and myocardial infarction? 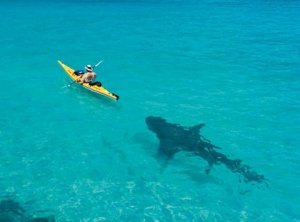 Only the surface is seen

Contrary to what happens with other diseases such as cancer, which depend also on heredity and environment, cardiac accident depends mainly on how to feed and physical activity.
Arteries are pipes whose state depends on what circulates inside and maintenance.

Two very similar hurts threaten the heart, a vital organ that works perfectly by itself but requires a minimum of care.

They are both consequences of atherosclerosis, the state of the arteries when their walls are lined with fat, they become harden and calcifient. When a piece of fat separates from the walls, it can either clog an artery or be led by the blood flow to the heart and disrupt its operations.

This is the first consequence of arteriosclerosis. The inside diameter of arteries is reduced because of their fouling and blood flow slows. This can result in discomfort that disappears after thirty minutes of rest.

This is the ultimate consequence. An artery is blocked by a fatty deposit, or the heart itself is hampered by a piece of fat. No longer receiving blood cause a necrosis, irreparably. It follows a loss of knowledge which can not be released before hours, provided one have received appropriate care.

The arteriosclerosis is a direct consequence of a diet too rich in cholesterol.

The arteriosclerosis comes from the excesses of bad fat, bad cholesterol whose presence comes from an unbalanced diet. The harmful foods are displayed in the third table below.

All fats are not harmful. Alpha-linolenic and alpha-linoleic acids have a positive effect by eliminating the bad cholesterol, preserving the arteries and a beneficial effect on the metabolism and the heart.

Monosaturated fats should be avoided as opposed to mono unsaturated fat and polyunsaturated fat. These are known under the names of essential fatty acids, omega 3 and omega 6.

Omega 3 is found in fish, nuts and some oils. The first of the three tables below provides a list of preferred foods.

What you need to eat

These foods can be eaten without limitation in the composition of menues.

What must be limited

These foods are usually necessary if you can not find the nutrients they provide in a studied food, however, they must be limited.
For example, two dishes of red meat per week is sufficient.

These foods can be eaten in an exceptional manner of course, but should not be included in a menu served on a regular basis.

Pain in the chest are the manifestation of atherosclerosis, and a feeling of oppression. They tend to radiate in the back, arms, neck, jaw.

The symptoms of angina pectoris and a minor heart attack are the same but last longer for the second. Needless to say that you must consult a physician at the first warning, which should lead you to change the diet.

The first symptoms, as well as the fatal heart attack, occur most often at unusual physical exertion, during a strong emotion, or during a feast with sumptuous meal and spirits.