Smoking increases concentration and improves work performance, it also cuts the hunger and it is common to gain weight when you quit smoking.
It can act against the depression and would have a positive action against the Alzeihmer and Parkinson diseases.

In return, its use has a few drawbacks... 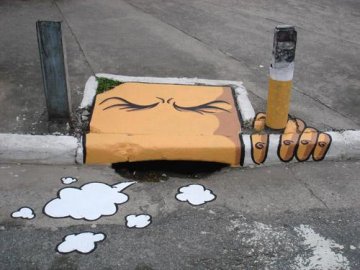 It remains to choose the less. Knowing that the two diseases against which it has some effects, are occurring only at an advanced age while cancer affects all ages and the number of cancers is considerably higher than that of these two diseases.

A statistical study conducted on 20,000 recruits in the Israeli army revealed a link between smoking and intelligence: those who smoke while between 18 and 21 years have a lower IQ ...

This study is not biasée by the fact that smokers are less educated. The subjects belong to all socio-economic populations.

Stopping smoking is made easier with the consumption of a large quantity of orange.