There is much talk of pancreatic cancer at this time because it affects at least two well-known people: Steve Jobs, Apple's CEO and Patrick Swayze, the actor of the film Ghost. 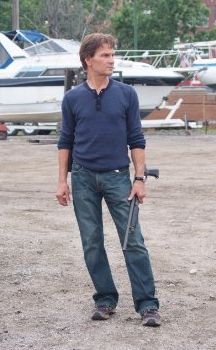 The most visible sign is an obvious very fast weight loss. The person may feel pain under the ribs or a backache. A yellow is associated with some forms of the disease.
The tumor compresses other organs and thereby causes various ailments.

Unfortunately, these symptoms appear at an advanced stage of disease, when it is often too late to heal.

The causes of the emergence of this form of cancer can not be identified for sure. However it is generally thought that may be related to food, in addition to the genetic factor unique to cancer.

Accused:
- Tobacco.
- The bad fats of animal origin.
- An elimination of sugars insufficient in diabetic patients.

Propensity for the woes of the pancreas is also a risk factor.

A recent study showed that fructose was an important factor in proliferation of cancer cells in the case of the pancreas, while glucose has no such effect.
Soft drinks and sodas, including Coca-Cola, are particularly undesirable.

Remember that Steve Jobs was used at one time to feed mainly apples!

It is a form of cancer that is often fatal, but not without treatment . Steve Jobs claims to be cured while Patrick Swayze is determined to fight a disease that he is horribly suffering.

There are many medicines. In the more advanced stage must undergo chemotherapy, and may lead to partial or total removal of the organ.
The hope of surviving an advanced form of the disease is low as shown by the tables in the article on cancer survival.

Those most at risk, diabetics and victims of pancreatic should have a follow-up. For the other best to do is improve their diet by reducing sugars and bad fats because even though this cancer is rare, poor diet leads to many other risks.

Steve Jobs could have been saved

The disease  that affected Patrick Swayze is an adenocarcinoma, a tumor whose prognosis is death after less than a year.This applies to 95% of pancreatic cancer.

Instead, Steve Jobs was suffering from a very rare disease, a neuroendocrine tumor. We can surgically remove this kind of tumor with a good chance of recovery. The percentage is actually 100% if treated early.
However, Steve Jobs has refused the operation for nine months and tried various kinds of treatments including a special diet, herbal medicine and acupuncture. According to CNN he even delayed treatment for two years.
This allowed the tumor to grow and get out of control. It was then necessary  to practice removal of the pancreas and duodenum, and his liver was affected in turn.

Jobs was a vegetarian and converted to Buddhism, he  had personal ideas on health.
In his biography, he said some years later, with a hint of regret:

I really did not want them to open up my body, so I tried to see if a few other thing would work.