What happened to the heroes of the TV series?

What happened to the heroes of the series that have occupied so much of our evenings? Lost, Prison Break, Stargate, etc ... Have they continued their careers in this case we may soon see them again or are they lapsed into anonymity? 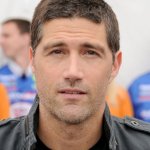 After Lost, and in parallel to the series he has appeared in several son: Vantage Point, Speed Racer, Billy Smoke.
Its future as a film actor seems assured. 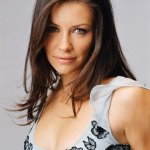 She took a step back with films and wanted a time to devote himself to writing (she writes books for children) and his family first. Then she started a career in big movies such as Real Steel, Hobbit trilogy...

In 2009 he played in the movie Stay Cool (with Winona Ryder). After the beginning of Lost he married an Indonesian, Yessica Kumala.
We know of no other film or television project. 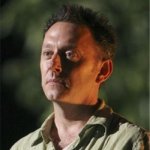 The villain of Lost is married to Carrie Preston who plays the role of his mother in the series (we travel in time). She acted in another TV series, True Blood.
He has no plans to date. 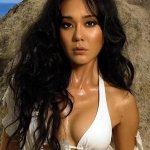 After the last scene of Lost, has married his manager on the island of Oahu where the series was filmed. Korean and U.S. she appeared in several series in Korea. In 2010 she starred in the film Harmony. 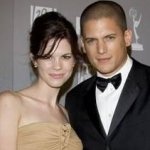 Before that series, he was one of two brothers in the film Dinotopia.
It seems to convert to movies with Resident Evil: Afterlife and The Mourning Portrait.
We show a picture of him with Anna Friel, but it seems to be currently in a relationship with Amie Bice. 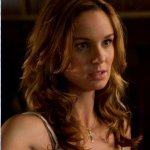 Unlike her parents that are university professors, she choosen to look to the cinema. She appeared in numerous series including Dragnet and Numbers.
She is killed in Prison Break, but the producers facing the discontent of the public are obliged to resurrect her!
After Prison Break has the lead role in Faces in the Crowd but continues with television in The Walking Dead series.

Who barely escaped a lethal injection had previously a long career in series, with John Doe for example.
It appears in Mission Impossible II and many other films.
After Prison Break he played in the film Straw Dogs.

Strangely, the actor who played the worst caracter seems to have left a lasting impression and is the one who has must worked after the end of the series. He joins two other series, Heroes in 2009 and Stargate Universe in 2010. He also holds roles in several films. 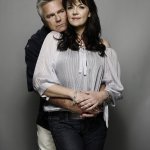 It has probably been one of the longest careers in television with the series General Hospital (1976-1981) MacGyver (1985-1992) and Stargate SG1 (1997-2007). It also appeared in several other series.
He was born in 1950 and it is normal that he wanted to retire, so he returns merely in guest star roles after Stargate.
With Amanda Tapping in Stargate Continuum on the photo. 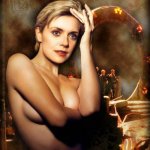 She was born in 1965 and so continues to turn, especially in the series Sanctuary which she is executive producer.
She also participates in the spin-off Stargate Atlantis, and she is the only in the previous team to do.
Before Stargate we saw her appearing in X-Files.
She turned in a few films, including Dancing Trees in 2009, Life or Something Like It and Stuck in 2002.