Scarlett Johanson is no longer curly, the blame is on the movies

She says her secret to a healthy life, whatever the job that you have, you must do exercising. 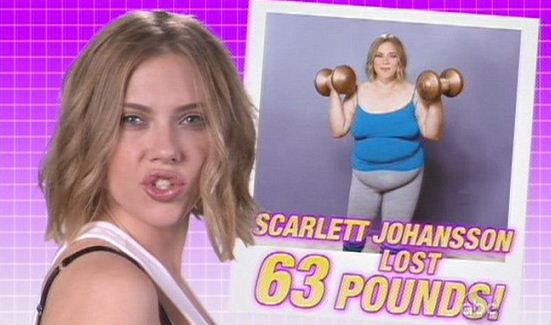 And it has nothing to do with what is written in newspapers, and she reads them with astonishment. She would follow a strict discipline and physical training would be dictated to her by a coach. She feeds on seeds with inprononçable name and thereby lost 7 kgs. This seemed incredible. As well as his image of obese girl, faked to the needs of a reality show which will be subject to other stars such as Jessica Alba.

To lose 7 kgs, she said, I would have lost both arms. Without doubt she had in mind the film Island in which the character she plays, Jordan 2 Delta, is intended only to provide organs to the person she is the clone.

The media are responsible for anorexia in her view, giving inspire young people to become ever thinner until it becomes an obsession. Instead, the image she wants to give is that of healthy, good shape. Therefore to let believe she follows a such drastic dieting is something that particularly annoys her.

But in fact if you compare photos early in her career, and current pictures, she has not lost 63 pounds, but the seven kilos have been lost, and more than that! The time when she said "I'm round and I feel well like it" seems over, the fault of the super-woman roles in the blockbusters! 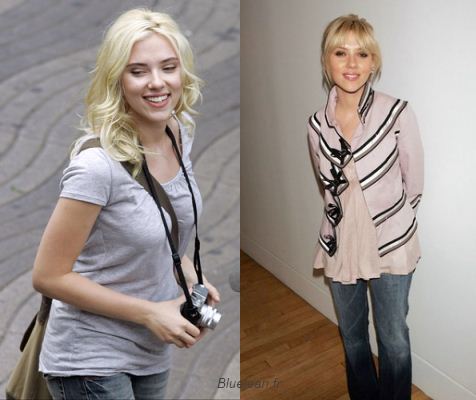 She describes her own food.

"I have a balanced diet based on fruits, vegetables, lean protein sources."

She likes to eat an occasional slice of pizza (never with ham) with which she drinks Diet Coke. Or she can afford a Chinese meal with soup noodles, some rice, chicken (and still no pig!).
Her sin is cheese and she relishes the "Key Lime Pie", a pie she prepares herself. But overall, she eats rather little.

And she does gymnastic exercises, squat, walking, jogging, so many things that anyone can do, no need to go into a gym or hire a coach 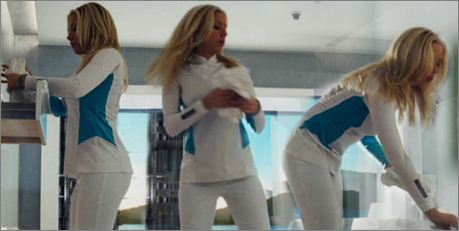 .
A clone in the Island movie